Back in the early 1900s, movie theaters did not last for very long. They would be open for only a few years, maybe even just a few months if they were unlucky. One theater that was able to avoid this fate was the Gem Theater in Tillamook, Oregon. Opening in 1909 and not closing until 1924, it enjoyed a successful 15 years of business, almost unheard of for the time. Despite this runaway success, there was nothing super unique about the Gem. Like most theaters at the time, it had live shows like music, vaudeville, or school plays in addition to motion pictures and upgraded its technology and building over the years. Although it did not have the most unique entertainment, the Gem was able to make itself an important part of the community. It hosted many shows by students at the nearby school, churches, and clubs that wanted to use the theater1. This could have made it popular with residents of the town as they knew local citizens used it instead of big film companies. The Gem was also recognized in the newspaper for contributing proceeds from a showing to the Red Cross. This led to the paper describing the theater as “a nice place of amusement, fireproof, and up-to-date” and noted that the owners “show[ed] a lively interest and willingness to help out, and [were] entitled to considerable credit form the people of the city and county”2. 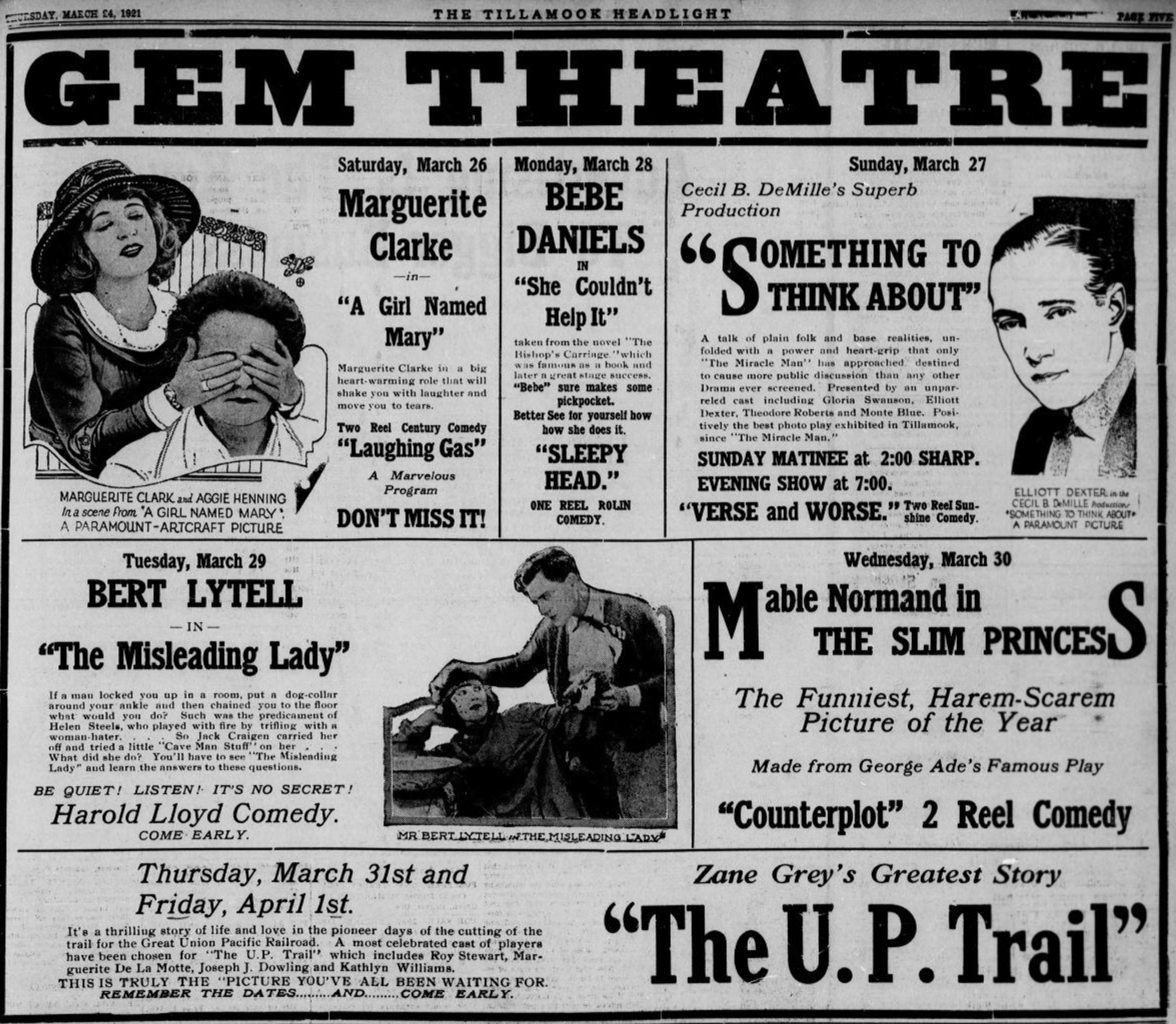 Based on the paper, it is clear that at least the person writing the article was a fan of the theater and its owners end enjoyed going there. The Gem also made it clear that it cared about its customers. When it had been reported that prices at the Gem were raised to 15 cents the owner published a brief article in the paper stating that “[that] was absolutely false” and only true for a few specific showings. Other than that, prices remained at the low cost of 10 cents and 5 cents3. Like all theaters, the Gem had to upgrade its facilities over the years. This included things like adding a stage, remodeling the lobby, and improving the stage to add a dressing room and a larger orchestra pit4, 5, 6. Since the theater stayed up to date with the latest technology and amenities, the owners were able to advertise that they were a high-quality theater that ran “exclusively first-class films”7. By offering the best entertainment and integrating itself as an important part of the community, the Gem Theater was able to maintain a very successful business.